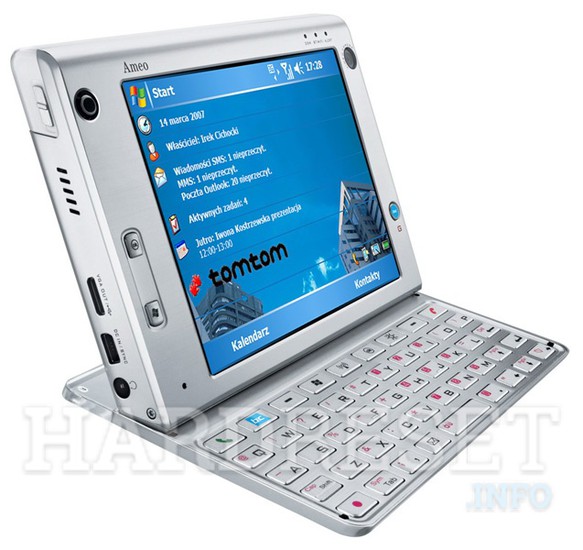 The ERA Ameo (HTC Athena) was introduced in 2007 . The device was initially released running Windows Mobile 6.1 system. The phone supports 1 Mini Sim - Regular and was made from .

The phone carries over the 3.15 Mpx rear camera sensor at the back of the device with support of None video FPS. The front camera of ERA has 0.31 Mpx. It gives us a very high quality of photos and videos with a great camera interface.

We can describe the ERA size by the 133.1 mm height and 97.0 mm width. The whole device looks very practically and handy, it is accomplished by the 16.0 mm of thickness.

The phone features a 5.0-inch TFT display. It gives a decent display quality and great scale between warm and cold colors. It's accomplished thanks to the 65K display colors and  aspect ratio.

It is worth appreciating the improvement of battery performance in relation to the older versions. The ERA Ameo (HTC Athena) is using the Li-Ion 2200.0 mAh battery  and hasn't fast charging feature.